This is a series of tournament stories by Smash players about how they’re living the tournament. I hope these stories will serve as an inspiration and help attract potential new players to come into the smashworld!!

If you want to tell me your story, feel free to DM me on Twitter (@chris_fichotkev), I’ll be happy to hear and write your story on this blog!

This is an old story but this experience highlights how it can be difficult to participate at a big event when you are a nobody, and why I was happy to do it even if my level of gameplay was bad (and has never changed until now !).

I went to DH winter with my boyfriend, Etienne, and other frenchies (between 15 and 20 people). I was going to a big tournament in another country for the first time. I decided to go because other players from Lille told me to come and said that it will be awesome.

To begin with, I went to the airport in Beauvais (France) with Etienne and we were the first ones there. As we had to wait for three hours, we decided to play Melee on Etienne’s laptop which led to us meet a Spanish player who recognized our controllers and we began to talk to him. It was great to meet him, and it was the first time that I felt that I was a (little) part of the European Community of Smash. After a few hours, the other french players arrived. From this moment, I felt a kind of excited energy inside the french players. After our arrival, a night at the hotel and the travel, we arrived at the event: Dreamhack Winter!

When I was there, I felt pressured by this big event. There were so many people there for so many different games! I was impressed because it was my first time at an event like this and at that moment, I remembered that I wanted to play well – to show that I wasn’t here for nothing. So I began to warm up for doubles…

I then played doubles with my boyfriend. He’s not that strong as he just began to play, so I knew that we wouldn’t do well. But I wanted to believe that we would do something good and maybe win a set or two. When we decided to warm up, we discovered how difficult it was as random players to find an available setup. As it was the first time, there were many setups but not enough to let everyone to warm up with the same conditions.

Firstly we began to warm up with other french players, because I didn’t have the confidence to ask others. But i then thought that it was stupid to travel on a other country to play with players from mine, so I decided to play with other players to gain some experience.

Well, the tournament began and as I expected, it didn’t go well on doubles. I think that playing with my boyfriend was the worst idea that I could have had, because we argued a lot (I will write an article on how to choose your partner on doubles). I was irritated and sad because my tournament didn’t began well. I spent the rest of the day supporting other french teams, visiting the venue, chilling, etc.

The next day, it was singles. We arrived early to have a chance to play with good players and try to warm up. I tried to play with as many people as possible to see many kinds of matchups and, if I had a chance, to play against players in my pool. I had one objective : not doing 0-2 on all my matches. When they called me, I felt excited and was so scared! I felt like I was in a jungle and had to survive. Unfortunately, I played bad during the pool. I didn’t know how to manage my stress during my matches. I remembered that I played with a boy who said to me that it was his first tournament, and I thought “It will be easy”, but during the set I panicked and lost.

I was so frustrated, so mad at myself and I was about to cry at the end. By chance another player, Mahie, saw me and he helped me to calm down. From then, I knew I would train more to never be as salty as I was at this tournament.

After that I just spent the rest of the tournament chilling and support other players. I also tried to play with top players, I played with Plup and Armada (fun fact : we were 3 french players who were behind Armada, asking ourselves who will have the courage to ask him to play. After ten minutes, I tried and I played one game with him). It was very kind of them to accept to play with random players and I was so pleased to play with them even if I was bad.

This experience was so fun and I’d advise everyone to attend at least one major tournament in his / her career as a smash player. I learned many things about myself, met many good people, and it was fun to see how people reacted when they knew that Boobs was a woman player and I now know that playing with my boyfriend (now husband) is not a very good idea!

I hope, you enjoyed my story ! I’ll write other stories from others players and hope you’ll be inspired by these positives experiences about Smash tournaments !

If you want to give me some feedback to help me to improve the future articles, feel free to do it on the commentaries ! 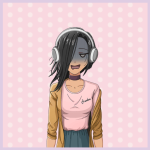 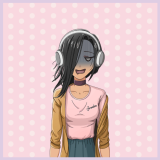