This is the first part of a three-part series about marketing tournaments. In this instalment, we’re going to be discussing a foundational part of advertising, branding. A brand is more than just a name or a logo, it’s the amalgamation of ideas and feelings that surround your product. A strong brand is key to a successful product, and we can see this translate to the world of smash, where some of the most successful tournaments have a very clear and strong brand. A lot of the advice in this article is best suited to new events, who’s name and branding are not already established, but there’s a lot of advice that even established tournament hosts can take on board too.

What is your brand?

The first question you should ask yourself when considering your name and brand is: What does my tournament mean? Write down a list of ideas relating to your tournament, the feelings, emotions atmosphere it should evoke. From this try and pick out a few ideas which make your tournament unique. This is where you should be trying to focus your brand.

It won’t be unusual for your list to include a lot of words that aren’t unique: “Smash”, “Tournament”, or words that relate to where the event is located. Try and move away from these words in your branding as they will not convey any extra meaning or set you apart from the competition and can lead to a very generic feel. Your event is a tournament, it involves smash, it has a location, this much should go without saying. Coca-cola is not called “Coca-cola fizzy drink”, Lego is not called “Danish Play Bricks”.

You may remove these unevocative words from your list and find yourself with very little left to work with – Don’t despair! This is the perfect opportunity to take some time and discuss with your team what you want your tournament to be. Do you want to focus on being a casual and social event, or an elite esports showdown? Are you aiming for a convention feel, or do you want to bring in something completely new to the tournament experience? Try and think out of the box, a lot of events that have had the most success in recent years are the ones which have been most “out there” with their branding. This is a very important time for your event so do not rush it!

From Brand to Name

Once you know the “idea” your tournament represents you have the foundation for your brand, you can consider how to incorporate this into your tournament name. It’s important to understand that your name should evoke your brand image, it should not describe your brand image.  To take an example from the beer adverts above the page. Stella Artois sounds like a fancy beer for distinguished gentlemen, it’s not called “high-class beer”. , Smash Summit is not called “tournament for the best players only”, the word “summit” already evokes that idea of peak performance.

One final note on naming your event. Keep it simple. Try and pick something that people from all across Europe can pronounce. Aim for one word, and under 10 letters. You can see this rule play out in popular brands across all different kinds of products.

Try and think of another group of products and their most popular brands? Do these also follow the 10 letter rule?

Delivering on your brand

Once you’ve decided what your tournament should be called, and what it should represent. It’s time to deliver this brand to your audience. First off, make sure your event matches up to its branding. Don’t call it Smash and Splash if it doesn’t involve a waterpark. Don’t make a social focused event and host it in a venue that doesn’t allow alcohol or provide space for social activities.

If your confident your tournament can live up to the brand, the next step is to market your brand to your audience, this is something I’ll be covering in the next article in this series: Social Media & Marketing Plans

A large amount of the information contained in this article was taught to me by the TO legend Kone, head of the now-disbanded Team Heir and veteran of a dozen tournament series. Sincere thanks to him for sharing his knowledge with me, and allowing me to share it with you! 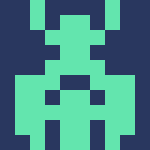