As a TO, your main focus usually lies on the players and competitors at your events, but sometimes this can come to the detriment of those who attend events for the social experience, or those who go 0-2 in pools. With the help of Exile, I’ve compiled a list of 20 side events you can add to make your tournament go above and beyond. Some of them are alternatives to an amateur bracket, others are for people who don’t want to play at all – there are things for all tastes and every type of tournament – so choose what you like best!

1. A ladder system. It allows people to play whenever they want to, and to get matched with people who are of roughly the same level than them. Or to keep going 0-2 even after pools are over.

2. Themed crews: per country/region, method of transportation… And because Germans definitely need to stop calling saucisson “salami”. Or because you need your big brother friends to avenge your shameful loss of a money match.

3. Doubles with a twist: mixed gender if you have enough women for the event, or by theme. The tallest player with the shortest one, people who live the furthest apart, the best player teaming with the lowest ranking, players with the same sock colour… There are infinite possibilities!

5. Other Smash games. The Brawl bracket results could surprise you.

6. Party games (that aren’t Smash), because we all dream of seeing Leffen nail it at Just Dance and Frenzy collect all the gold stars in Mario Party.

7. Non-video games. We had full tables of checkers, cards and board games at HFLAN Melee Edition 2019, and everyone had a lot of fun there. Hint: Poker can also help players recover from their money matches.

8. Karaoke. A staple of entertainment… if you have a room dedicated to it as far away as possible from the main venue.

9. Outdoor sports. Is your venue close to a park? Then grab a ball and play outside, nerds!

10. BBQ. Do we really need to explain this one? Everybody is hungry. Always.

11. Arts and crafts. Whether you’ll be setting up a station for knitting, deodorant manufacturing or brewing your own beer (with an alternative for underage people!), the possibilities are diverse and everyone can have fun while learning a new hobby.

12. Creator showcase. We’ve got some top-tier artists in our thriving community, and giving them a place to sell their art benefits both the creators (obviously) and the players, who will be able to go shopping as soon as their set is over. Showcase the talent in our community and get free entertainment: what else could you ask for?

13. A raffle. What better than to get everyone to chip in and try to get a custom controller or gigantic meal? Plus, your tournament may win a bit of extra money on the side!

14. A city tour. If your venue is inside a city, you might want to a tour for people who don’t know it as well as you do. This even works for the smallest villages, as long as you’ve got out of region players! Even if the venue is lost in the middle of a forest: still, go o u t s d

15. A cosplay contest – and people don’t need to be talented, the most ridiculous costumes can also win!

16. An LGBT+ meetup. While this is just for a fraction of the people at the tournament, there’s no effort involved and we’ll have fun – there’s really no downside to hosting a casual LGBT+ meetup!

17. A debate room. This is the room where TOs and figureheads can meet and talk about their upcoming projects in person – it’s so much better than Discord or twenty Messenger conversations! Like a VIP room, for people who are useful want to develop and improve the scene.

18. A photoshoot. Isn’t it fun to go home with a cool picture of everyone ?

19. Controller and console repair lessons. Because you have been using this controller for years now and still think it’s working via black magic or other mystic stuff. Spoilers: if you break it during a overkill , sacrificing the GOAT won’t be of great use. So teach players how to show some respect to their best ally, for once.

20. Software lessons: From installing netplay on your computer to using 20XX, Uncle Punch and Slippi seamlessly, we’re far from the good old “boot your Gameube and play”. There’s a lot to learn, and lessons on how to play online or how to stream would be beneficial to everyone! 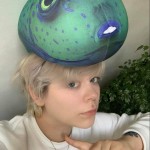 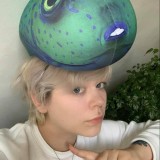